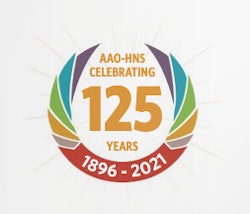 As the AAO-HNS/F marks its 125th anniversary, organizers of the 2021 Annual Meeting are going all out to make the OTO Experience a can’t-miss opportunity.

“Some are focusing on the business of medicine,” he said. “Including telemedicine, banking, lending, back-end office support, and practice management for ENTs as well as many new instrument, testing, and pharmaceutical companies.”

In addition to the new exhibitors, Ingram said the 125th Anniversary OTO Experience will feature a more hands-on approach to interacting with those exhibitors. That includes exhibitors that will be hosting hands-on demo labs in their meeting rooms as well as product demonstrations and thought leadership in the OTO Theater and the Corporate Satellite Symposium at the J.W. Marriott. The Symposium—on Sunday and Monday—will feature new product announcements, science, and demonstrations in a relaxed setting.

And since it is the 125th anniversary of the Academy, Ingram said that will be a major theme for this year’s meeting in general.

“From a block away, you’ll see the story-high, 125th anniversary billboard on the exterior of the Los Angeles Convention Center south entrance,” he said. “From the time you enter the convention center lobby on the red carpet, you’ll walk through the interactive display with a small sampling of the AAO-HNSF Museum set up in the main lobby.”

That museum display will include a presentation for each of the decades of the Academy’s 125 years. And, Ingram said, it’s only the beginning.

After you spend some time in the lounge, you’ll want to head inside the OTO Experience itself, where you’ll find all the regulars—Medtronic, Stryker, Pentax, Olympus, Modernizing Medicine and JEDMED—along with a few other surprises.

“We’ll also have genetic testing by companies like Veracyte and MicroGenDX,” Ingram said. “And the pharmaceutical companies like GSK, Regeneron and a host of companies providing devices and instruments you need to see and already use.”

Ingram said another can’t-miss this year is the Scientific Posters that will be hosted in the OTO Experience. The Posters will be featured both in-person and online and will have contact information for the presenters allowing attendees to reach out with questions and research ideas.

In addition, there is the Industry Thought Leadership Series where key opinion leaders from the Academy’s industry partners will debate, share science, and host live town hall-style events to answer your questions. There will also be an opportunity to participate in focus groups to let them know about potential future products that would serve the specialty.